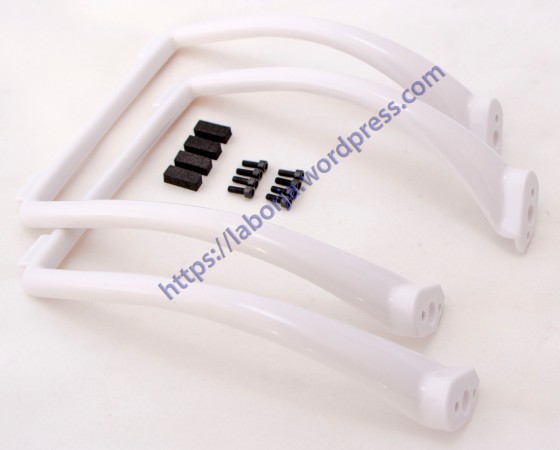 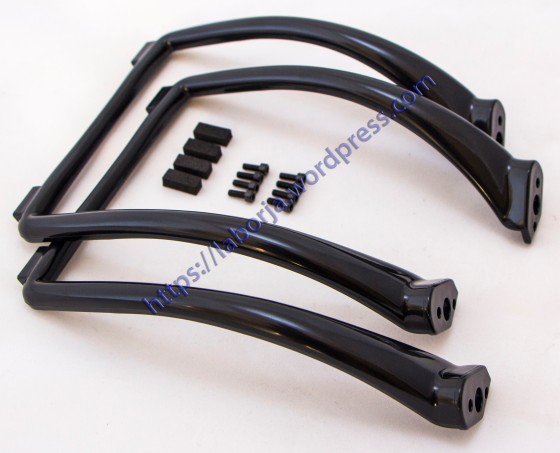 Product Description:
The DJI Phantom Landing Gear includes two double-legged landing skids and the hardware needed for installation. The landing gear makes it easier for both beginners and experts to smoothly land their Phantom quadcopter. Plus, when the quadcopter isn’t in use, the landing gear doubles as a stand. You can use this landing gear pack as a replacement in the event of a crash or you can just keep it around as a spare set until it’s time to replace your old landing gear.

This feet mount fit for the old version DJI Phantom 2 1 Quadcopter, it also fit for the newer version DJI Phantom 2+ 2 1 Vision Quadcopter.
Heightened High Landing Gear Tripod Feet Mount for DJI 2+ 2 Vision Camera Gimbal.
Makes it easier for beginners and experts to smoothly land the Phantom quadcopter
Adds a layer of protection between the Phantom quadcopter and the ground during hard landings
When the quadcopter isn’t in use, the landing gear doubles as a stand for the Phantom
Use the landing gear pack as a spare set or as a replacement in the event of a crash

NOTE: This Feet Mount is Higher and Wider than the original one on DJI Phantom Quadcopter.